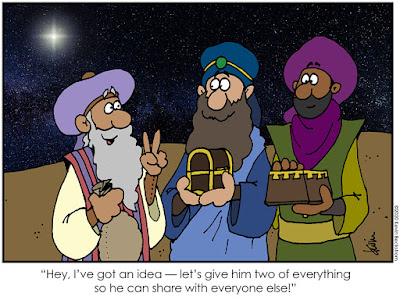 It's said that gold, frankincense and myrrh were not unusual gifts to give a king. We often talk about what the gifts from the Magi represent, but have you considered what the gifts allowed Jesus' family to do?

Not only would the wealth ease the financial burdens of fleeing to Egypt and back — and help to sustain them while they were there — but they would also make it easier to render service to those around them.

There was, of course, symbolism to the gifts: divinity, priesthood, healing. There was a practicality to them as well.