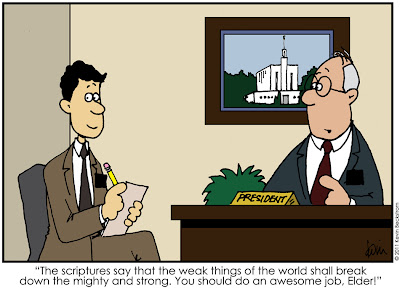 This idea has been in the back of my mind for a long time. The way I originally conceived it there was a buff missionary talking to a scrawny missionary, but every time I tried to draw it, it seemed too mean. Then it occurred to me that it could work with the line coming from the Mission President.