Like you, I was saddened — yet gladdened — at the news that President Thomas S. Monson passed away. Sad for us, yet happy for him. I'm certain he's thrilled to be reunited with his beloved Frances, and was greeted by the many widows, fatherless, sick and afflicted to whom he ministered throughout his life.

I've gone back through my notes from general conferences past and pulled out some of my favorite memories from Pres. Monson.

You may need to click on the pictures to see a larger version.

Storytelling
Pres. Monson was if anything a great storyteller. From leaving a meeting as soon as the stake president finished his remarks to wiggling his ears at a little boy in the front row, his stories — like the parables of Jesus — could entertain and educate at the same time. 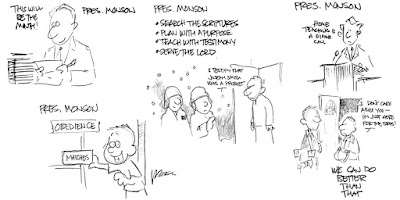 The story of writing a letter each week to the young man from his ward showed his eternal optimism. Each week he said, "Maybe this will be the week he writes back!" His story of learning obedience by nearly burning down Provo Canyon will long be remembered. One of my favorites was the tale of the missionaries who were rejected at the last door on the street on a cold dark night. One of the missionaries said he had to go back, and bore a powerful witness of Joseph Smith — which led to further gospel discussions. And my views on home teaching were forever changed by the home teacher who knocked on the prophet's door with his car's motor still running just so he could say he'd visited his families that month. 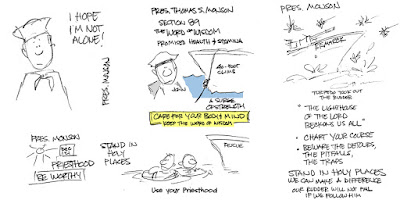 Stories of learning he wasn't alone in Basic Training, using the power of the Priesthood to call back a rescue boat, and receiving extra strength through living the Word of Wisdom are just a few examples. His use of the sinking of the Bismarck was a memorable story. They took out its rudder, so it was unable to steer. "Our rudder will not fail if we follow Him (Jesus Christ)," he said.

Growth of the Church
Pres. Monson said that one of his favorite responsibilities was announcing new temples in General Conference. Remember the audible gasp when he announced the Provo City Center Temple? And how about the reaction when he announced the new age requirements for missionaries? 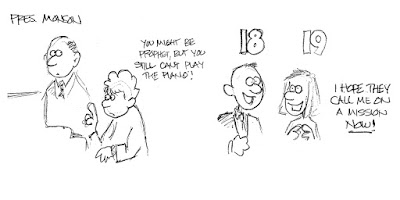 Advice and Admonitions
He had a way of saying things in a gentle way that made the listener want to do better and become a better person. He encouraged us to read the Book of Mormon, to be kind and faithful, and to have courage to do what is right. And if we find ourselves in a place "we shouldn't oughta be — get out!" 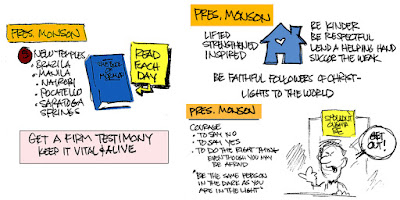 Support for the Prophet
Members and non-members alike loved Pres. Monson for his warmth, wit and kindness. Church members responded like crazy when he said his birthday wish was for each person to perform an act of kindness for someone else. And who can forget his address from October 2015 when he appeared to lose his strength as he was speaking. Behind him, as we later found out, Pres. Uchtdorf was on the edge of his seat, arms extended, ready to catch or support the Prophet if he faltered. 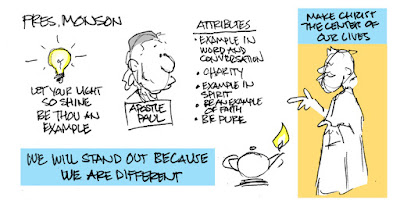 Words of Encouragement
His words gave us comfort and encouraged us to remain faithful, always including his catchphrase, "Close quote." 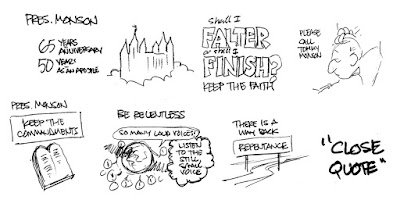 Final Thoughts
There was one little gem from October 2013 that he gave at the close of General Conference that he would likely say to us now as we remember his life and ministry: 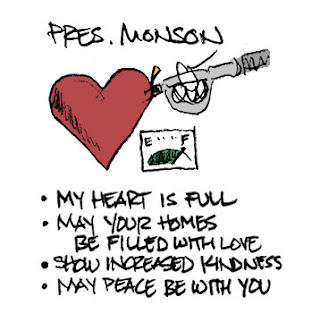