Quiet time at the pulpit 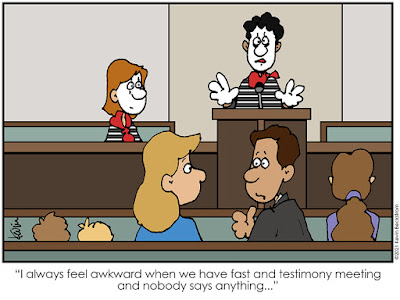 "I felt like I was stuck, trapped, boxed in... and then I met the missionaries!"

I was worried that this idea was one that Arie Van De Graaff had done, but this is the only mime cartoon of his that I could find.

Editor's note: There's an important distinction to note — mimes don't say anything. If they were using ASL, they would indeed be speaking. Thank you.

Posted by Kevin Beckstrom at 5:03 AM
Email ThisBlogThis!Share to TwitterShare to FacebookShare to Pinterest
Labels: mime, sacrament meeting