I have to apologize. As I alluded to last week, I was out of town and couldn't get Conference (except for a little bit of Priesthood in the wee hours of the morning), so my Conference sketchbook was delayed.

It may be a little late, but perhaps it will give you a chance to review and see how much you've retained over the past seven days!

I think I was a little jet-lagged still during the Saturday morning session; that's why there are only two sketches that made the cut: 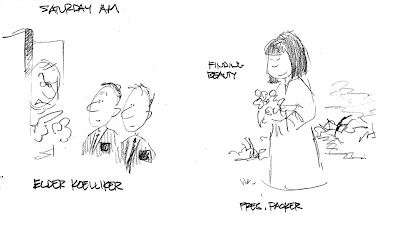 Of course the missionary choir had to sing, "Called to Serve!" I also think that it's cool when Pres. Uchtdorf reads the names for the sustainings. 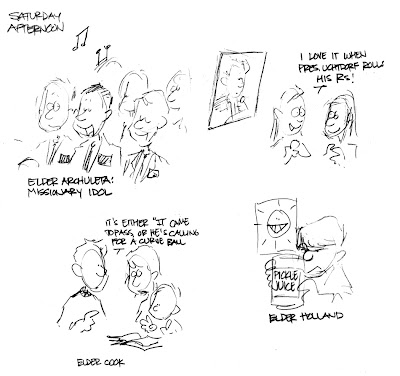 Priesthood is always a favorite meeting. They have the best stories. 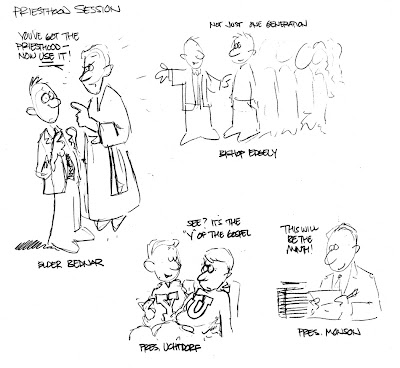 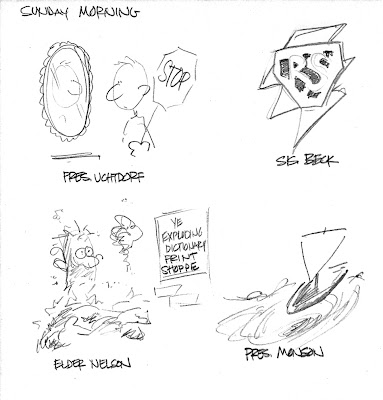 I wanted to do something with Elder Zwick saying the opening prayer, but that just seemed wrong (I used to work for him back in the day). I also got poked a couple of times during Elder Ballard's talk about asking for directions. What's up with that? 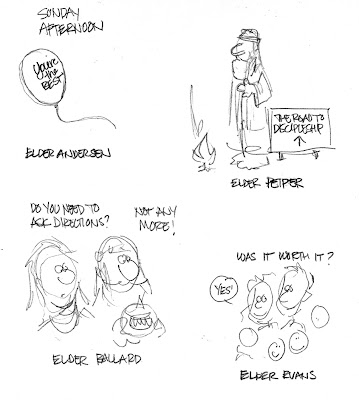 Posted by Kevin Beckstrom at 5:03 AM
Email ThisBlogThis!Share to TwitterShare to FacebookShare to Pinterest
Labels: conference, lds, sketchbook