A cartoonist's job is to look at some thing and exaggerate some part of it to find the humor or to make a point. As I thought about some of the unusual products that show up in the Mormon market, I thought it might be be a bit on the silly side to market a collection of missionary-themed nutcrackers.

As I finished up this cartoon, I thought it would be wise to at least check with Google to see if, perchance, there was already such a thing on the market.

Boy, was I surprised! Who knew, right?

Since I'd already spent the time and effort to put together this cartoon, I thought we'd run with it anyway. I still think it's a silly idea — but, apparently, a marketable one! 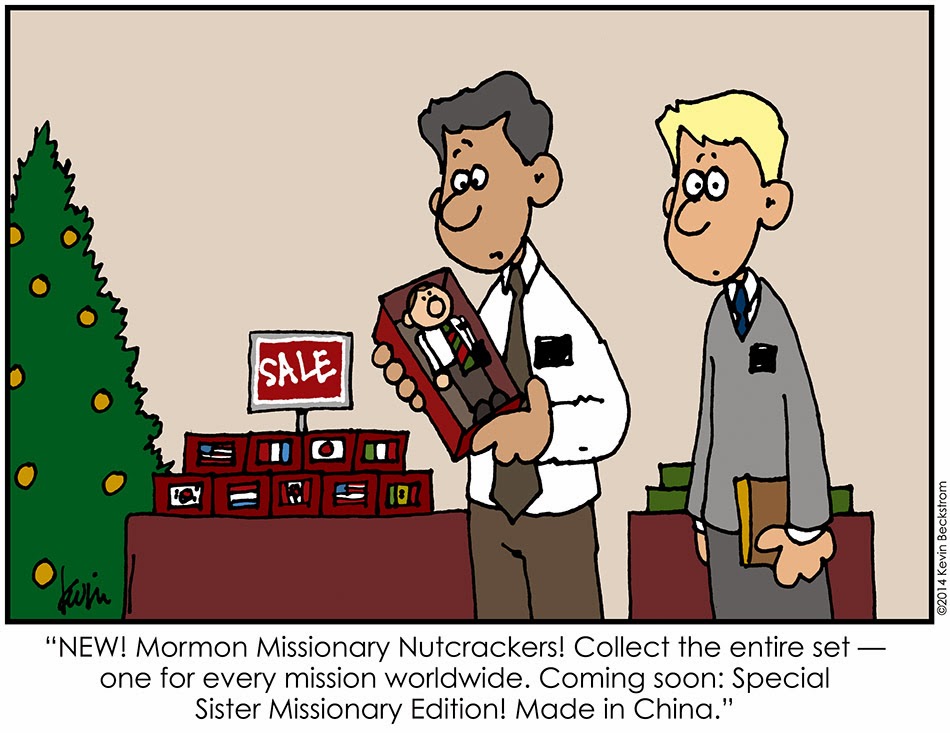 Posted by Kevin Beckstrom at 5:03 AM
Email ThisBlogThis!Share to TwitterShare to FacebookShare to Pinterest
Labels: Christmas, lds, marketing, missionary