What's in your box? 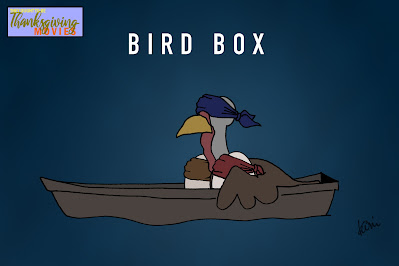 Bird Box was a movie that became famous because of two things: Tik Tok and Netflix —it was something to watch when nothing else was on. The premise of the movie is if you see the "monster" (which takes the form of your worst fears) then you will die. That led to a Tik Tok trend of Bird Box stunts, such as driving while blindfolded. Most of them had disastrous results. 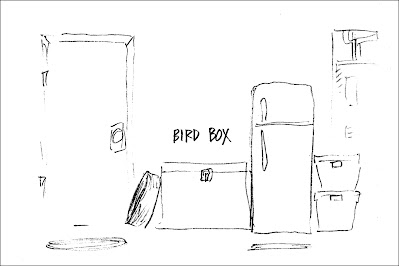 That leads to the second, undeveloped take on this cartoon idea. At Thanksgiving time, the Bird Box is more likely to be the freezer. And if you don't thaw your bird on time, it could lead to disastrous results.

Posted by Kevin Beckstrom at 5:03 AM
Email ThisBlogThis!Share to TwitterShare to FacebookShare to Pinterest
Labels: movie, thanksgiving, turkey