Strong in the faith 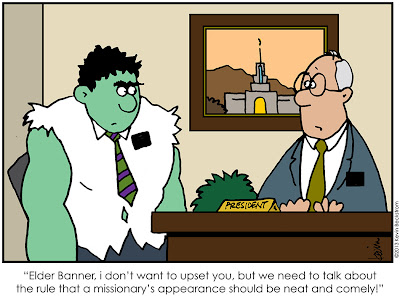 As Samuel L. Jackson (aka Nick Fury) could probably tell you, it's hard to keep the Avengers under control. It would be even more tough to be their mission president!

I didn't realize it when I first drew this cartoon, but this is apparently a sequel to one drawn by Arie Van De Graaff at Mormon Cartoonist.
Posted by Kevin Beckstrom at 5:03 AM
Email ThisBlogThis!Share to TwitterShare to FacebookShare to Pinterest
Labels: lds, mission, of course I'm a geek, President