One of my favorite things about this time of year is looking back at the cartoons I’ve shared on here. Some make me cringe, others make me smile, and occasionally laugh out loud. I’m thankful for those. And I’m thankful for your feedback, questions and comments that make it all worthwhile.

With that, allow me to present the top cartoons for 2017. They’ve been selected through a complex formula (which even I don’t understand) which involves views, clicks, shares, appearances in other publications, comments, and a few other weird factors that are thrown into the mix.

Here, then, are the runners-up: those that didn’t quite make the Top Ten.

No. 5
This one’s a little more cerebral than most of my cartoons. Yes, Enoch (and his city) were known for their translation — but not that kind of translation! 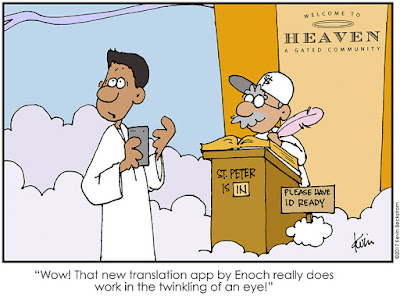 No. 4 (tie)
This one kind of squeaked in there during the college football season. At the beginning of the year it looked like BYU had a lot of potential, but then a lot of things happened — many of them not pretty. Still, faithful fans held out hope. 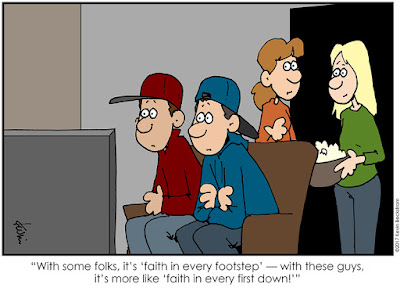 No. 4 (tie)
Yeah. The dabbing thing. Once trendy, now ironic. We’re about done with that, aren’t we? 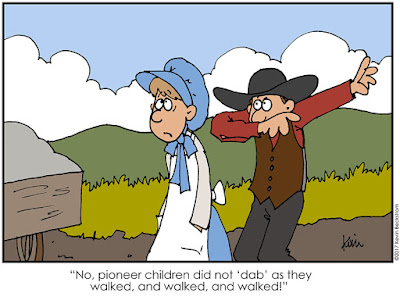 No. 3
The plaques, the maps, the pictures. What do they all mean? 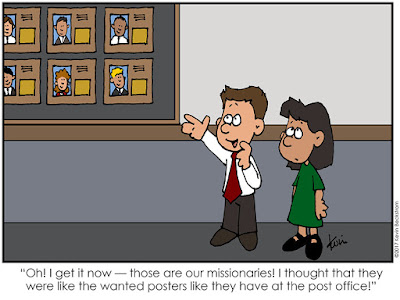 No. 2
How can I be expected to store cans of wheat when I can’t even hold onto a bag of fun size Snickers? 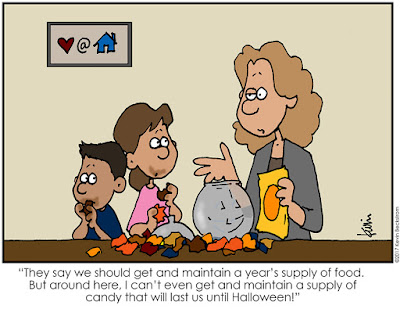 No. 1
I love that not long after this cartoon was published, the Church modified future General Conferences to no longer have the Women's Session separate, but have it annually each October and the Priesthood Session in April. Time Out for Men can’t be far behind! 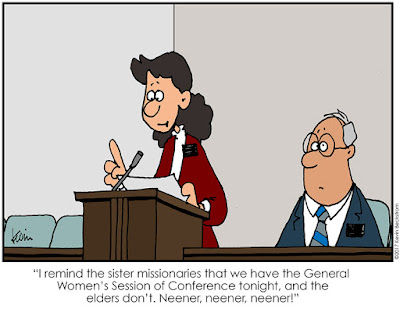 Tune in tomorrow for the first half of the 2017 Top Ten!
Posted by Kevin Beckstrom at 5:03 AM
Email ThisBlogThis!Share to TwitterShare to FacebookShare to Pinterest
Labels: top ten